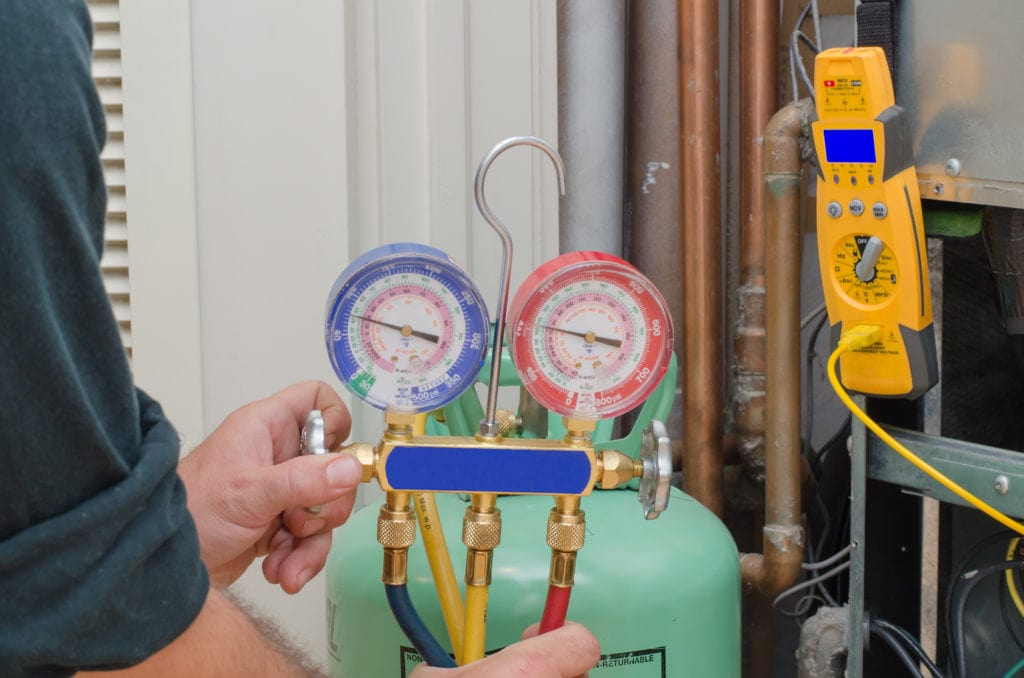 In the middle of July, in the constant heat of Michigan’s hottest month, everyone knows you can’t survive without an air conditioner. A fan simply just won’t cut it. With many options out there, it’s hard to narrow down what unit to consider. However, one unit is on its way out. Soon, the R22 will no longer be an option.

Breaking the Law Since 2004

While the R22 isn’t a household name, it has been a common solution to air conditioning needs since the early 2000’s. Unfortunately, in 2004 it was made illegal to create new parts for the R22. While the existing equipment wasn’t affected, the model could never be updated or manufactured like new, ever again. The R22 became a living relic passed down through families and increasing in price. Only recycled or reclaimed R22 units from pre-2004 were able to be legally bought and sold. These units survived off of decommissioned or reclaimed R22 parts that popped up randomly.

Now, fast forward to 2010. The U.S. government along with E.U. affiliated countries have made it an HVAC industry standard to no longer use ozone- depleting refrigerants. This is especially true in the manufacture and maintenance of central air conditioning systems. The “R22 refrigerant” was found to be dangerous to the environment as it relies on mineral oil and therefore an end to an era was officially upon us. The R22 would be no more.

This brings us to 2015. Now, R22 air conditioning units would no longer be able to be topped up with any R22 mineral oil. Pure, recycled or reclaimed R22 would no longer be able to be bought or sold legally. Seven years later procedure and law are finally being implemented in the HVAC industry. R22 units have officially begun to run out of their juice and alternatives are being sought. You have two options when it comes to moving forward with your air conditioning needs: replace or repair.

Repairing your R22 by replacing parts of the unit to convert the system to use modern refrigerant is not recommended. Look at it this way: they stopped making R22s in 2004. Any replacement/repair parts you may need are scarce. At this point, the newest R22 model is 12 years old and the lifespan of the unit is not one that A/C professionals are confident in. Even then, the alternative refrigerants may not be compatible, efficient or available for the R22.

Completely replacing your R22 air conditioning unit with a newer, environmentally friendly model is the most cost-effective solution you have. Most importantly, replacing your unit saves you money. Additionally, it also cuts down on your energy usage. A newer A/C unit will last you longer, perform better and be more reliable. If you have an R22 unit, start looking for a replacement today. At Great Dane Heating & Air Conditioning, we welcome the opportunity to serve your needs. We also offer convenient and special financing programs that suit most any budget. Contact us today at (866) 488-3263.